A Mother and daughter confront trauma by leaving city life and head to the country to heal.
Community and family drama will complicate matters. But a chance meeting, music, and linedance will change everything.

On a rural road outside L.A., Dorothy Allen, an attractive middle-aged divorcee and mother, along with her friend, is shockingly t-boned by a pickup truck running a stop sign. Dorothy suffers survivable injuries, but her dear friend dies.

Dorothy's daughter, Tracy, a successful businesswoman also divorced and mother to a teenage daughter, tries to help her mom recover. The family doctor intimates there are going to be significant issues to be dealt with and recommends some quiet time away.

Tracy makes what ends up being a life-changing decision, secretly buying the old farm where her mother lived as a child near Nashville, Tennessee. Tracy initially plans a summer getaway for the two of them and her daughter, Jenny, who is soon to be on school break.

The mother and daughter embark on a memorable cross country road trip with Dorothy, unaware of their final destination, the old farm. They share and make new memories along the way. However, Tracy observes her mom's odd behaviors at times and puts it down to the Doctor's rather vague comments about the trauma she still suffers. She will later discover that her mother has PTSD and an addiction to prescription painkillers.

While the natural bond between a mother and daughter is innate, the two are more alike than they immediately recognize, both having had marriages that soured due to alcoholic and abusive partners and both being lonely while not admitting it. After their arrival at the old family farm and Dorothy's surprised reaction, the two set about settling in and touring the small town of Franklin, meeting new and some old friends.

Abe Decker, a neighboring rancher, steps in to help out and has a keen interest in Dorothy. Dawn, the local sheriff, befriends Tracy and, with her friends, introduces Tracy to the world of line dancing at the local saloon. Tracy will end up buying the bar, selling off her home and business in L.A., and ultimately changing all their lives.

There will be conflicts, such as the introduction of a drug dealer bent on supplying Dorothy with street meds, drunken brawls between contenders vying for time with Tracy, the occasional contentious visits by Tracy's ex, and the unexpected visit by Tracy's estranged father. However, there is also enjoyment, dancing, music, relationships, romance, and family. All will change, much to their surprise.

LineDance The Series - Season One

PlOT SUMMARY:
Tracy, now in Franklin, visits the local saloon for the second time and meets local bad boy and line dancer, Tyler who is struck by her and makes it known.

PlOT SUMMARY:
Dawn is going through a love interest breakup, Tracy, a good friend now, shares her experience to help Dawn through this troubled time.

PlOT SUMMARY:
Tracy is at the local saloon with friends one night when in walks her father. She has not seen him since her mother left with her for the west coast some 25 years ago. Tracy will learn secrets of the past, why the family split up and that it is not her fault. We see many flashbacks.

She is an attractive, 35 year old, divorced, mother, who built her own successful business in the Los Angeles jungle. A workaholic, she limits her skimpy social life to like-minded colleagues. Her disappointing marriage to the 'love of her life' and who she subsequently discovered was a misogynistic womanizer, has her avoiding any further possible romantic entanglements. Aside from her business, her focus is on her mother Dorothy, whom she has taken into her stylish home as the result of a tragic auto accident and her 13 year old daughter Jenny (away at boarding school).

Tracy's mother has an earthy, attractive demeanour. Still a young and vibrant 52 year old, she has led a single life since her divorce many a few years after Tracy's birth at the ripe old age of 17. Their relationship, after several happy years, soured when her husband climbed into the bottle and became despondent, indolent and abusive. She has managed to keep an active circle of friends over the years with whom she dines, exercises and entertains, but she feels her loneliness more than her busy daughter. After physically recovering from a road accident, in which her friend Patti died as a passenger in her car, she keeps secret her addiction and dependence on painkillers. No longer needed for pain, they have become a crutch to ease her psychological trauma.

Abe is the same age as Dorothy (52) and has lived his life on his sprawling farm, just up the road from the Allen property. He has a downhome, casual personality (think Kevin Costner type). He is a little more than intrigued by the appearance of Dorothy, (being a single widower). He offers to and does help around the Allen farm, including in later episodes with his son Brett.

Tyler is a very talented dancer and knows it. His character develops as a driven egotist but a necessary element in Tracy's future business. He is also her love interest.

Tracy's teenage daughter is still enjoying the wonderment of late childhood and has been surrounded all her short life with urban sophistication and the demands of boarding school. (Her character enters in Episode 2 when she arrives at the ranch for summer break and sees a whole different world from what she has experienced to date).

Dawn is the local sheriff who is also a line dance enthusiast. She is slim, athletic looking brunette who emanates a commanding but friendly presence. She lost her husband to the Iraqi war some two years ago.(She will have a supportive relationship with Tracy as the plot develops)

There are more characters..


Have a question or suggestion?
Email us today

Where To Find Us 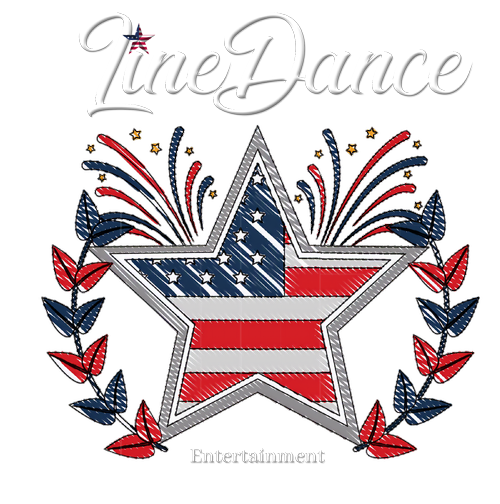